Les signes de l’arc (the harp in motion: creation and experimentation), is an association founded in 2011.

The aim of the association is to organize harp-related events such as world premiers, bringing together the various actors of contemporary and experimental music via commissions, concerts, recordings, conferences and published works.

On their website, Les signes de l’arc provide:
– a list of 20th and 21st century works for harp, and teaching repertoire
– an online sharing platform for scores (pdfs)
– the archives of their events with pictures and videos. These include “Harpes au présent”, “Nouvelles aventures”, and diverse masterclasses. There are also  resources such as newsletters and links.

The Collège Contemporain is dedicated to supporting creative musical savoir-faire in an interdisciplinary context, with particular emphasis on the fields of innovation, education and entrepreneurial intelligence.
Aimed at musicians, public and private companies, and institutions, this agile approach to multiple competences allows for a wide range of services:
– a network of artists, structures and entrepreneurs
– a training and consulting centre
– a project engineering depository
Co-constructing and supporting the artistic and cultural synergies of today and tomorrow, by initiating stimulating collaborations with different sectors of activity, is a major contemporary challenge to which we bring a collegial and willing spirit.
In taking a proactive role in the emergence of new models, our team and our members participate in the development of creative and inspiring human leadership, for the global development of a sustainable mutualist future.

The purpose of the Fondation Gisèle Tissier-Grandpierre-Institut de France is to maintain, restore and enhance the value of the donor’s old musical instruments and various collections (objects and furniture) and the works of Paul Tissier, bequeathed to the Institut de France, and to promote any cultural activity related to these instruments and collections, on deposit at the Palais Lascaris in Nice, by awarding prizes, grants, scholarships and subsidies.

Camac Harps, French makers of fine harps since 1972, have always been committed to the marriage of tradition and innovation – and in 2020, more than ever. Their President, Jakez François, is a maker entirely dedicated to harpists, accompanying and supporting their careers, and listening to their wishes and dreams. A harpist himself, he is particularly well-positioned to create the instruments best suited to their musical expectations.

The creativity of Camac Harps expresses itself across a wide range of instruments, serving an equally rich variety of artistic identities.

Camac Concert Grand harps are the choice of soloists and orchestras throughout the world: the Opéra de Paris, the Vienna Philharmonic Orchestra, the Gewandhausorchester, the Royal Concertgebouw, the Bavarian State Opera, and many more. Proud heirs to the French harp making traditions, their “Elysée” and “Vendôme” pedal harps are designed in homage to the legendary Erard Empire instruments.

Their “DHC” electric lever harp is widely recognised as the benchmark in its field, developed with the American jazz harpist Deborah Henson-Conant.

Camac, whose ateliers are still in the same Breton hamlet they have always been in, are also passionate about the Celtic harp. Far from seeing the lever harp as a “small” or study instrument, it is an instrument in its own right, with a wealth of rich traditions, and dynamic contemporary directions.

Today, Camac Harps are constantly present at harp events and festivals in France, and all over the world. That the company is in a position to give something back to the international harp community, and to nourish its repertoire, is one of Camac’s greatest sources of professional pride.

“L’instrumentarium” was created in 1980. The company specializes in three areas: harps, pianos, and music scores. It has stores in Paris, Tours and Strasbourg.

The company distributes Salvi and Lyon & Healy harps in France, brands synonymous with prestige and excellence.

In its store located in the heart of Paris, all models of these brands are on display: Celtic harps, study pedal harps and concert harps. There, harpists have also access to a musical bookstore specializing in works for the harp, two rehearsal studios as well as a repair workshop.

“L’instrumentarium” provides after sales service throughout France through regulations. It takes part in numerous events, including the Harpissima events organized in cooperation with Salvi.

In 1976, Pierre Boulez founded the Ensemble intercontemporain with the support of Michel Guy (who was Minister of Culture at the time) and the collaboration and Nicholas Snowman.

The Ensemble’s 31 soloists share a passion for 20th-21st century music. They are employed on permanent contract, enabling them to fulfill the major aims of the Ensemble: performance, creation and education for young musicians and the general public.  Under the artistic direction of Matthias Pintscher the musicians work in close collaboration with composers, exploring instrumental techniques and developing projects that interweave music, dance, theater, film, video and visual arts.

In collaboration with IRCAM (Institut de Recherche et Coordination Acoustique/Musique), the Ensemble intercontemporain is also active in the field of synthetic sound generation. New pieces are commissioned and performed on a regular basis, for some of them with the support of the Fondation Meyer.

The Ensemble is renown for its strong emphasis on music education: concerts for kids, creative workshops for students, training programs for future performers, conductors, composers, etc.

The Ensemble is financed by the Ministry of Culture and Communication and receives additional support from the Paris City Council. 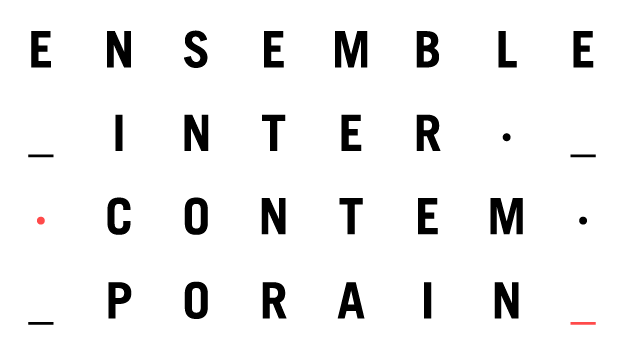 The Ars Nova instrumental ensemble works to develop musical creation through unique and inspiring collaborations and artistic formats.
Ever since its foundation in 1963, this pioneering ensemble has devoted itself to aesthetic pluralism and the flourishing of interdisciplinary work.

The ensemble has been accompanied by of the greatest musical figures of our time, such as Olivier Messiaen, Pascal Dusapin, Betsy Jolas, Luc Ferrari, Maurice Ohana, Andy Emler, Geroges Aperghis, and many others. Today, the 18 musicians of this historic group continue to imagine, create and accompany creativity in all its forms.

A symbol of the decentralisation of musical creation in France, the Ars Nova ensemble left the ORTF in 1987. Since 2008, it has been one of the three associated formations of the Théâtre Auditorium de Poitiers, together with the Orchestre des Champs Élysées and the Orchestre de Chambre Nouvelle Aquitaine.

The Ars Nova ensemble is subsidised by the Ministry of Culture and Communication (DRAC Nouvelle-Aquitaine), the Conseil Régional Nouvelle-Aquitaine, the City of Poitiers, and it also receives support from the SACEM, SPEDIDAM and the OARA.