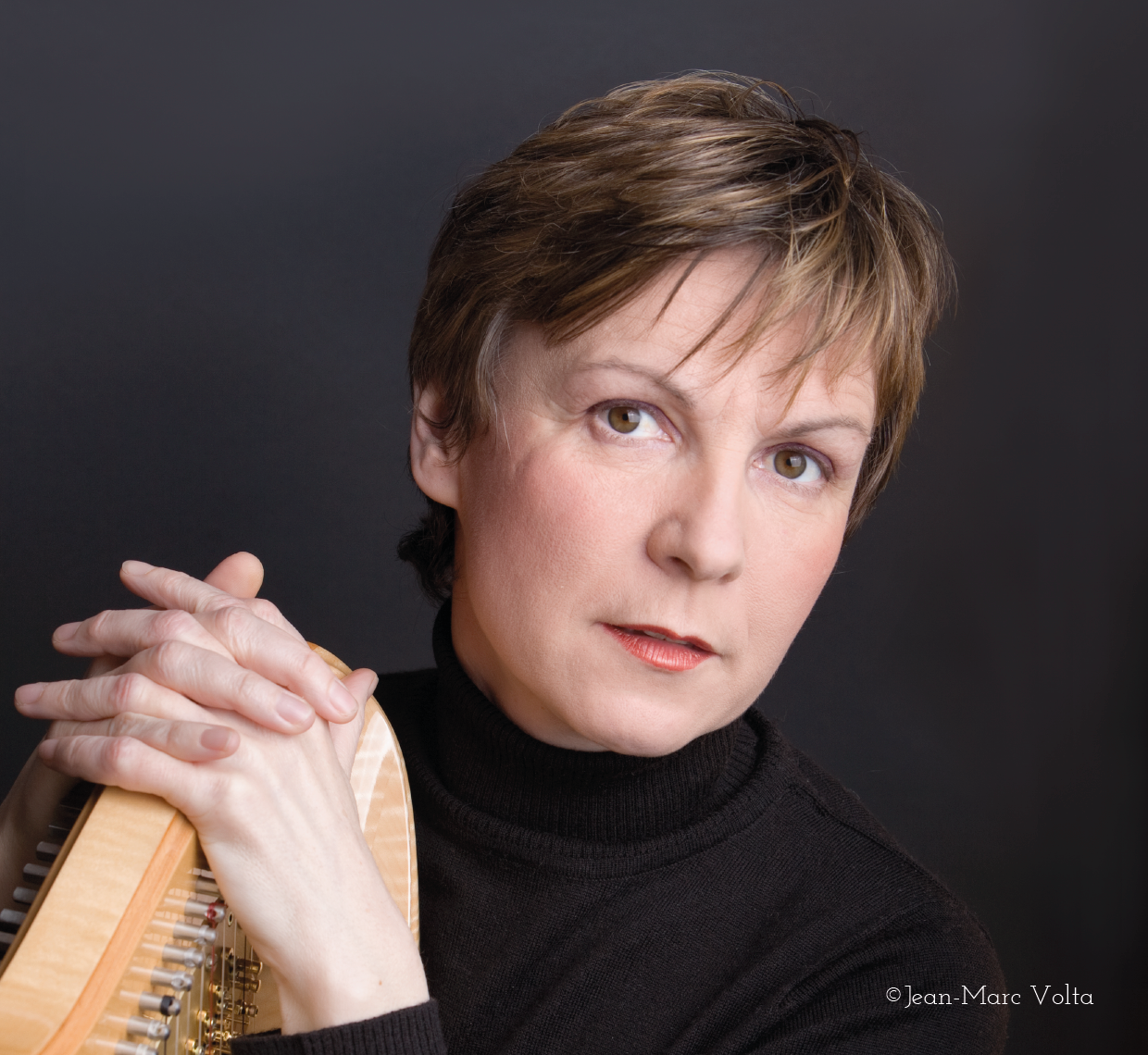 Ghislaine Petit-Volta studied the harp with Brigitte Sylvestre, Pierre Jamet, then Gérard Devos at the CNSM in Paris (Premier Prix in harp, 1981; Premier Prix in chamber music, 1982 under Christian Lardé). She also holds the pedagogic Certificat d’Aptitude, and teaches at the Paris Conservatoire à Rayonnement Régional (CRR), the Pôle Supérieur Paris Boulogne Billancourt, and in the pedagogy department of the Paris Conservatoire (CNSMDP).

Between 1977 and 2002, she regularly worked with major orchestras such as the Paris Opera, the Orchestre National de France, the Orchestre Philharmonique, Ensemble Orchestral de Paris, the Ensemble Intercontemporain, and the Berlin Philharmonic, under the direction of conductors such as Lorin Maazel, Sir Georg Solti, Seiji Ozawa, Riccardo Muti, Pierre Boulez and Sir Simon Rattle.

Ghislaine Petit-Volta has also experimented with the world of musical theatre, in the show “Rechants du mal aimé” with the ensemble “Choeur en Scène”.

Ghislaine Petit-Volta has made recordings in various fields ranging from medieval music on Harmonia Mundi, to contemporary repertoire under the direction of Pierre Boulez for Deutsche Grammophon. She has just released a CD in homage to Rameau with the Suoni e Colori label.

Many of her former students have gone on to study at the best music colleges (the Paris and Lyon conservatoires, in Lausanne, Brussels, at the Julliard School, Curtis Institute of Music), and enjoyed success at international competitions such as in Israel, Bloomington, London, and the Lily Laskine and Godefroid competitions. Ghislaine also gives masterclasses throughout the world. 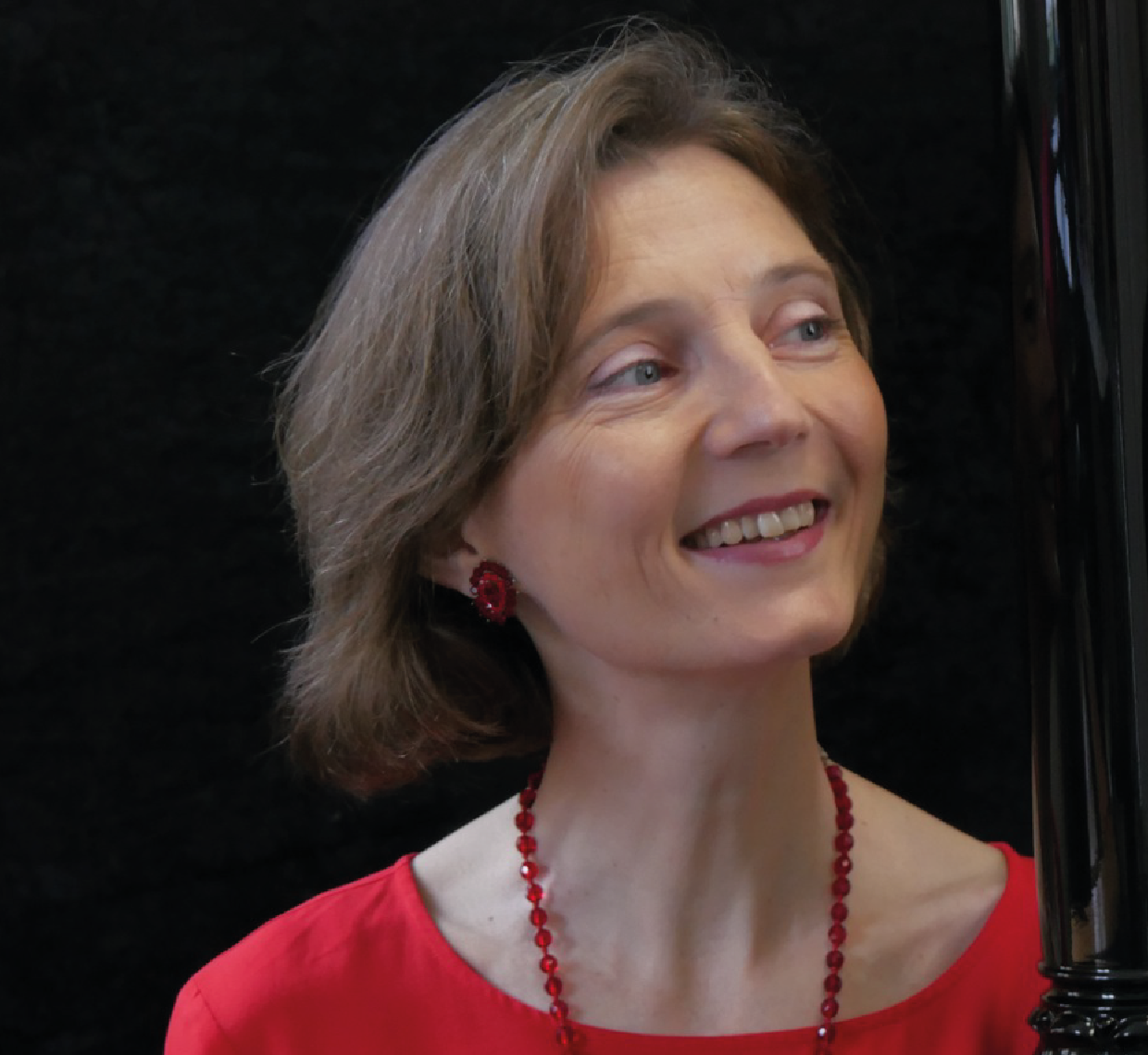 After a course of musical studies at the Conservatoire National de Région in Limoges with Sylvie Beltrando, and in Tours with Catherine de Preissac, Laurence Bancaud was admitted to the Conservatoire National Supérieur de Musique de Paris. She was awarded a First Prize for harp in 1993, studying in the class of Marie-Claire Jamet and Francis Pierre. She also studied analysis with Frédéric Durieux and Michèle Reverdy.

With a focus on chamber music, Laurence Bancaud performs in various ensembles, from duet to septet, and has been an annual guest at the Festival Mille Sources Haute Dordogne. She is the co-creator of the “Duo Horspiste” with the flautist Carine Honorat.

She is President of the “Les signes de l’arc” association, which she co-founded in 2011. Its motto is “the harp in motion: creation and experimentation”(www.lessignesdelarc.org).

Alongside her activities as a teacher and concert player, Laurence Bancaud obtained a master’s degree in musicology from the University of Tours, specialising in contemporary music. She is also the author of “Tôn-Thât Tiêt, Dialogue avec la nature”, Cig’art edition, 2010, and co-author of “La Harpe aux XXème et XXIème siècles: notation, facture, répertoire” (Minerve, 2013). The English version of this book is “Guide to the Contemporary Harp” (Indiana University Press, 2019).

Finally, she has a passion for Asia, and plays the Dan tranh, the Vietnamese zither.